Director of Institute of Soil Science and Plant Cultivation
Poland

Wieslaw A. Oleszek received the M.S. from Maria Curie-Sklodowska University in 1975, and the Ph.D. in biochemistry with minor in phytochemistry in 1985. In 1979-80 and 1987 he was a Visiting fellow at Cornell University, USA. In 1989 he was a visiting scientist in Food Research Institute, Norwich, and  in 1992 as a post-doc in INRA, Avignon, France.  In 1992 he assumed his position as a Head of Biochemistry and Crop Quality Department in the Institute of Soil Science and Plant Cultivation, Pulawy, Poland. In 1997 he was nominated by President of Poland to the full professor degree.

Since 2010 he is the Director of the Institute. The focus of his research is secondary plant metabolism, its nutritional and ecological function, structures and biological activity of secondary metabolites (saponins, phenolics, alkaloids, cyanogenic glycosides),their  occurrence in plants and chemotaxonomy. For number of years he was working at the Phytochemical Society of Europe, being the President of the society during 2010-2012 and in 2010 became a member of Polish Academy of Science.  He actively participated in nine  EC FP, coordinating RegPot (Proficiency) and Era Chair (BioEcon). 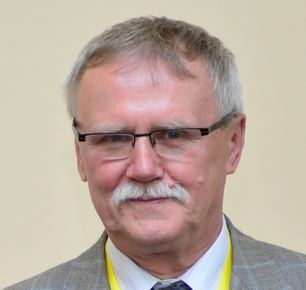