Silke Schumacher has a degree in biology and in public administration and is the Director of International Relations at EMBL-Heidelberg.

She is responsible for all government and EU relations at EMBL as well as relations with EIROforum, and she oversees the European Learning Laboratory for the Life Sciences. She studied Biology at the University Hamburg and holds a PhD in Structural Biology from the Université Paris XI. Following her graduation in 1997, she was a Postdoctoral fellow at the National Institutes of Health in Bethesda, USA, until 1998. Back in Germany, she worked as a Senior Manager in pharma business development at the Merck KGaA in Darmstadt and thereafter became the Managing Director of Anadys Pharmaceuticals Europe GmbH in 2001 in Heidelberg. In 2003, she moved to EMBL, where she was initially responsible for scientific cooperation and communications. Two years later she became Head of International Relations and Communications at EMBL, since 2010, the Director of International Relations. 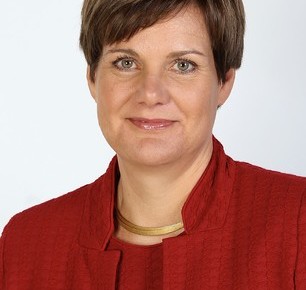